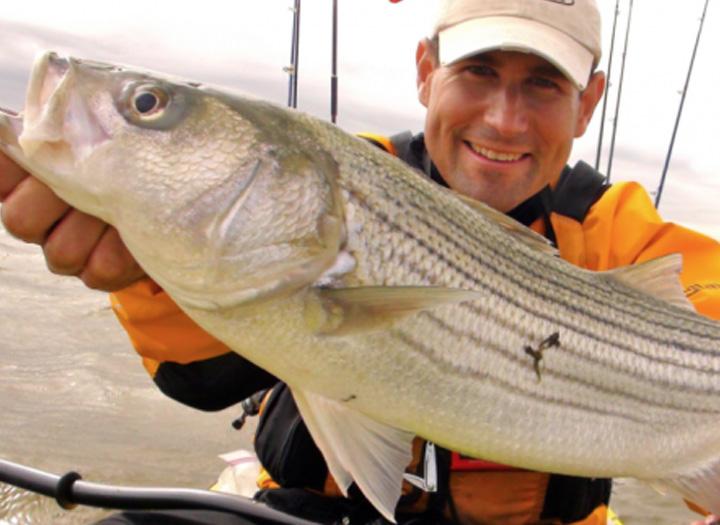 CPR, or "Catch, Photo and Release" has become ingrained in the kayak angling vocabulary.

CPR, or "Catch, Photo and Release" has become ingrained in the kayak angling vocabulary. Tournaments are based upon the practice. But how do you get that magazine cover quality shot of your big catch when you are by yourself? Here are a few options and some tips to make your fish look as big as it truly is.

Buy a camera with a timer or remote shutter.

I started taking solo shots with a waterproof camera that took Advantix film fifteen years ago. I would find a rock to place the camera on, hit a timer button, shove my kayak back from the camera, and with luck I would be somewhere in the frame holding my fish. I still use my timer with my current camera, a Canon T4i, but I also utilize a small remote. It allows me to take multiple shots without moving up to touch the shutter each time.

Get a cheap full sized tripod.

I remember shopping for my first full size tripod. I had become frustrated with the mini tripods letting my camera tumble into the water. The camera shop salesman took me right to one that was over $100. I shook my head, looked him in the eye and said, "cheaper". He showed me an $89 tripod. I shook my head again, and he showed me a $65 tripod. I then delivered the ultimatum. "If you don't show me your least expensive full sized tripod right now, I'm leaving and buying one at Walmart. I will shove this thing in pond muck, jam it's legs between ledge rocks on the river and will probably lose it within a few months." He sold me a $16.99 full size tripod with extendable legs and a quick release head. Nine hard years later I still use it on almost all my trips.

Mount the camera on your boat.

This is probably the easiest way to know that you will get yourself and your fish in the frame. YakAttack's Panfish Portrait camera mount has quickly become the standard.

Practice makes pretty pictures of your fish. If you wait until you have that once in a lifetime fish in your lap to learn how to take self photos, you are likely to wind up with a shot of half your fish or maybe you'll cut your head off when the shutter goes off.

Use a fish gripper to keep the fish in the water while you set up the shot.

I carry a Boca Grip to know exactly how big of a fish I've caught. It also doubles as a way to keep the fish in the water and breathing while I figure out what the best looking background is, and where I will place my tripod. You don't have to invest that much though. A hard plastic fish gripper can be bought for under $20. Put a small carabineer on the lanyard and clip it to the kayak's grab loop, and let your fish breathe!

Most likely, you'll be using a digital camera. I like many things about digital cameras. You can take lots of photos and you get quick feedback on if you are getting good shots. One downside is that an angler with a bright sky as the background can be clouded out. Position the tripod so that it is either looking slightly downward to you, with the water as the background, or make the nearest shoreline your background.

Hold your fish to maximize it's screen space in the frame

We've all seen the photos with the guy shoving the fish at the camera with his arm straight out. I'm not going to demean the practice, but rather suggest that you don't make it so obvious. Hide the hand holding the bottom lip of the fish by rotating it behind the fish's head. Support the rear of the fish with two fingers supporting the weight right behind the anal fin. With fish less than 10 lbs, there's no excuse for wrapping four fingers around the front of the fish. It diminishes how big the fish looks. If possible position the tail of the fish such that it contrasts sharply with a lighter background, such as the skies reflection on the water. Another way to maximize how much screen space the fish takes up in the frame is to make sure that the plane of the body of the fish is as parallel to the camera lens as possible. This means that the head and tail should be the same distance to the camera. The fish should not be at an angle where the top is closer to the camera than the bottom. It's a subtle thing, but the angle of the fish can really diminish how truly big it is.

Get a buddy to help

All of the concepts mentioned thus far are easier to utilize if you have someone looking through the view finder.