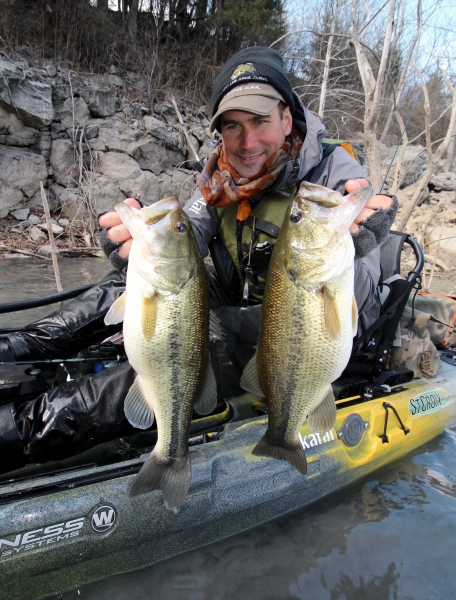 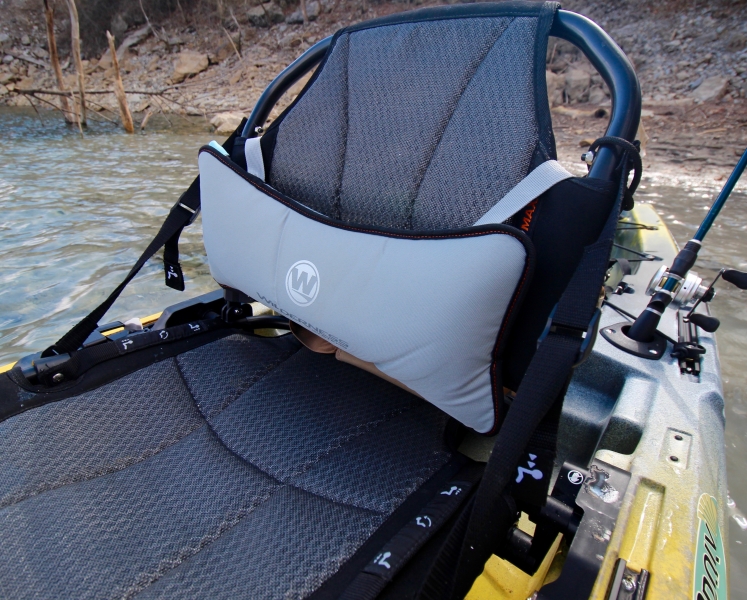 Two flush mount rod holders behind the seat were adequate for the simple jig pattern that I knew would work. I'll probably add a second set, as there's ample flat space for them behind the seat. There are lots of other examples of flat deck space all over the kayak, allowing for installation of tracks or camera mounts. I'll probably utilize a Ram Claw on the front handle and a pair of Ram balls at the frontmost portion of SlideTrax on each side for camera mounts. A SeaDog Zig Zag Cleat secured my anchor line when deployed

or stowed. Two Harmony Deck Rigging fairleads guided the line from a home made retractable anchor spool to cleat and cleat to bow mounted anchor pulley. 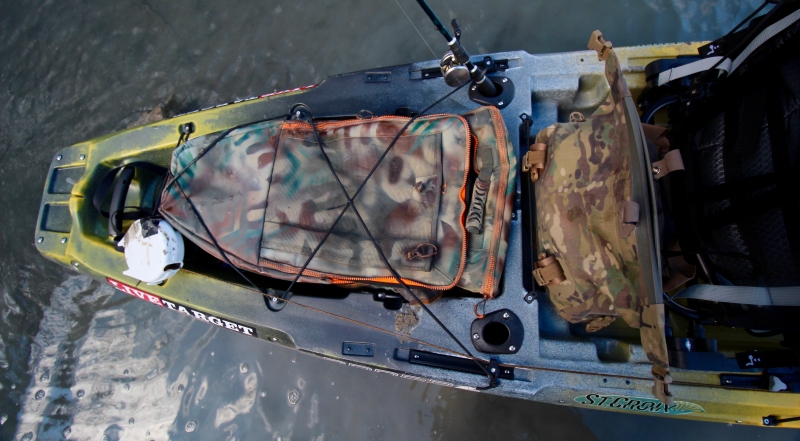 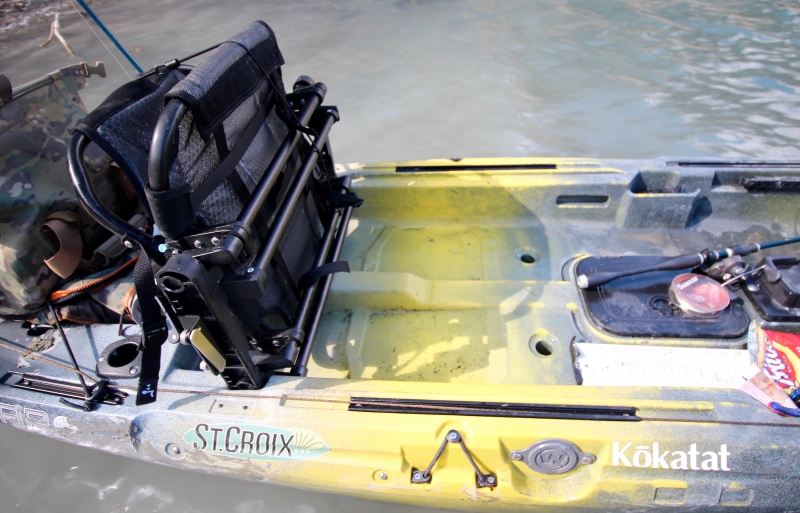 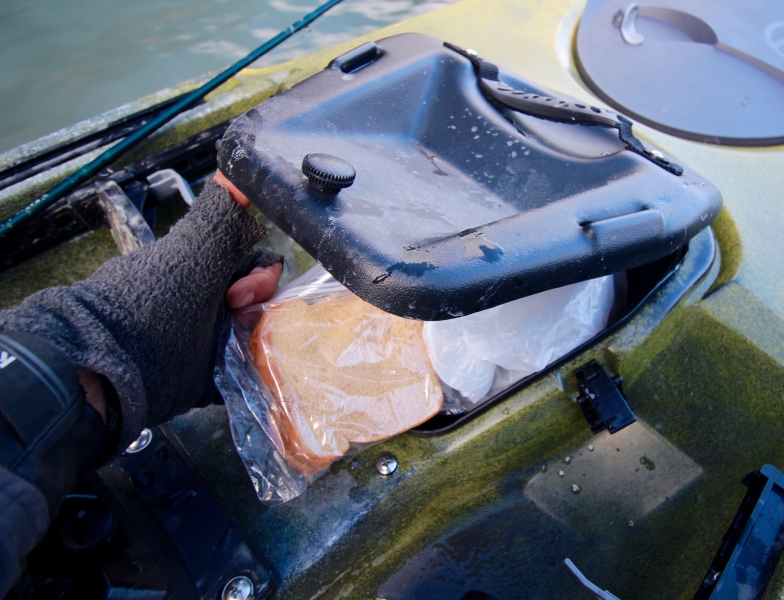 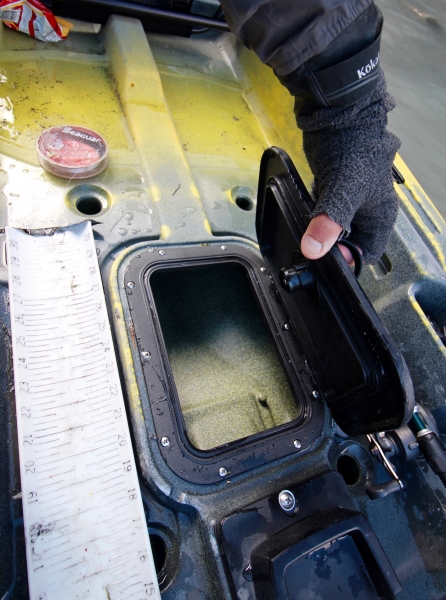 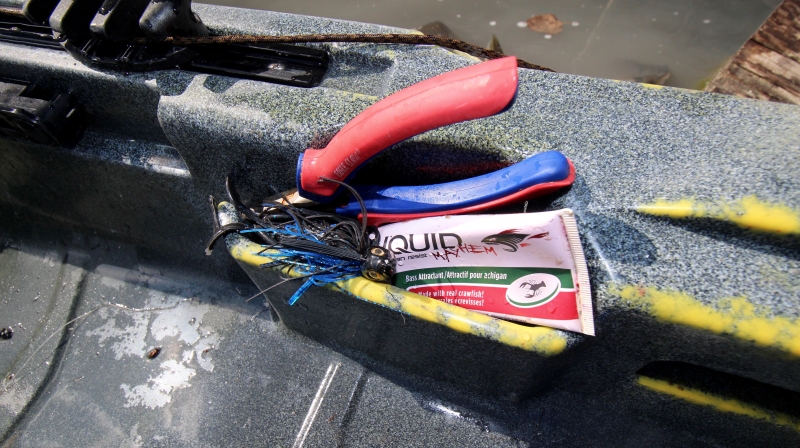