Adam grew up fishing and hunting on the lower Eastern Shore of Maryland in the Chesapeake Bay watershed, and just a quick hop over to the Atlantic and coastal bays. His kayaking career started in 2003 when he became a fishing ambassador for his hometown Wildy dealership, acting as a guide to new kayak anglers for tips, rigging and local waters.

If not on the water in pursuit of trophy stripers and flounder, Adam is likely on the water or afield in search of wild game of all types. He joined the Wildy pro team in 2014 and is introducing water fowlers and hunters of all kinds to the benefits of a kayak as a hunting vehicle and platform. 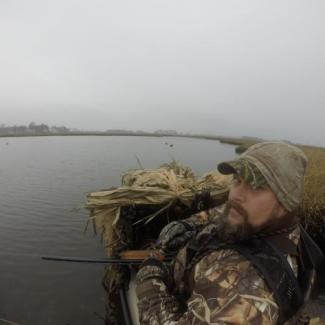