Bill Sikora has been a member of the Wilderness Systems Fishing Team for 4 years now. He is the Founder of the Florida Bass Paddlers, which is a South Florida based kayak fishing club which promotes bass fishing from a kayak, as well as hosting yearly tournaments to raise money for local charities. He is also a proud member of the HOOK1 Crew, Railblaza USA Team, as well as being a member of the South River Outfitters Fishing Team!

He first began kayak fishing in 2001, when he relocated to Florida and caught his first Snook. He has paddled many different kayaks, but found that the Ride 115 was a perfect kayak for freshwater fishing, and the Thresher 155 was a perfect “Big Water” fishing machine! He also uses the Commander 120 for fly fishing.

Bill spends a lot of time on the water kayak fishing for pleasure, and will also compete in the occasional fishing tournament. His favorite species is now Peacock Bass because "Pound for Pound” they really put up a fight!  Bill also enjoys sharing his passion with other anglers by participating in local Bass Pro Shops Expo's, as well as events put on by local outfitters. 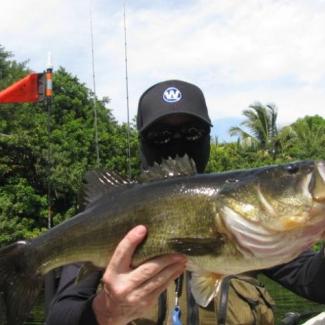 Why I Love Kayak Fishing:

Not only does it allow you to fish where the big boats can't, but being so close to the water really puts you in another world!