Craig Dye calls Nashville, TN home, but he was born and raised in Baton Rouge, LA.  He grew up fishing many locations in his home state of Louisiana; from Toledo Bend Reservoir all the way down to Grand Isle, where he fished for Bass, Redfish, and Speckled Trout.

Craig's passion for kayak fishing began as he started chasing bass in the Chattahoochee River in Atlanta, GA in 2008. While in Atlanta, he discovered there were many competitive events he could fish from a kayak, so he started entering tournaments all over the Southeast. He is the 2014 Tennessee State Champion and has also taken home 8 first place finishes and over 15 top 3 finishes in 5 states.

In 2013, he started a local kayak tournament series in the Nashville, TN area with a friend who is also a fellow kayak fisherman. Kayak Bass Fishing TN was started to introduce new anglers to kayak fishing while still keeping it competitive.  In addition, Craig is heavily involved in a new production company called Last Cast Productions.  His love of capturing that perfect catch on camera is almost as strong as his love of catching fish. 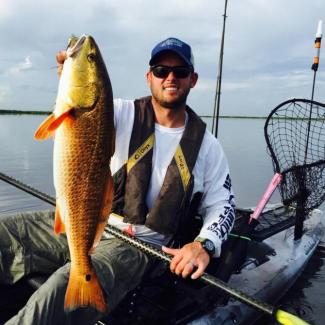