Born and raised on Galveston Island, Steve started out strictly a saltwater fisherman.  He spent all of his youth wade/jetty fishing or anything else that involved being around the water.  After relocating inland a couple of hundred miles to Austin he found out what freshwater fishing is about.

Steve was a regular competitor in the monthly challenges on KayakBassFishing.com and achieved KBF Angler of the Year with his performance in 2011.  Fishing for big bass and kayaks just go together.

Steve believes that the stealth and observation opportunity kayak fishing provides gives the angler a bit more of an advantage when going after big “smart” fish that have seen it all.

Central Texas has lots of opportunities to get out and chase down some big fish but is also a stronghold for freshwater kayak tournament fishing.  Steve started competing in local kayak fishing tournament series back in 2008 and since then has become a certified tournament junkie.  The local Kayak Anglers Tournament Series, “KATs”, is one of the best run freshwater kayak tournament series with top notch competition.  Trying to compete against the KATs fishermen has been a valuable learning experience.

When not busy with KATs Steve is also competing in the Capital City Kayak Fishing series where he has had several first place wins since the series started.  Kayak fishermen and women in the Austin area have no shortage of kayak competitions to take place in.  From weekly workingman type tournaments on Thursday night to the all night summer tournaments on Bastrop, Central Texas is one of the hot spots for competitive kayak fishing.  You can count on Steve G being at all of them! 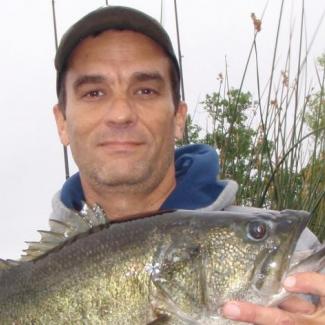