Matt is a Maryland native and has been fishing for as long as he can remember. His fishing career started on the banks of the Patapsco River in Elkridge, Maryland. Today, he can still be found walking that same shoreline with his wife and three young daughters. If the Eikenberg family isn’t home, they’ve gone fishing! In 2005, Matt discovered kayak fishing after his longtime fishing partner read an article written by Jeff Little. It wasn’t long after, a new chapter in his fishing career emerged.

In 2012, he started competing in kayak bass fishing tournaments and fell in love with it. Matt won the Mid Atlantic Kayak Bass Fishing Series Angler of the Year Award in 2014. He has gotten more involved within the series and has accepted the position as the Assistant Sponsorship Coordinator. Being an ambassador to this sport, has become one of Matt’s top priorities. 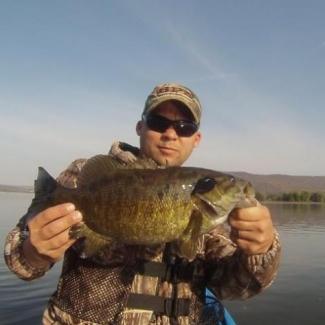