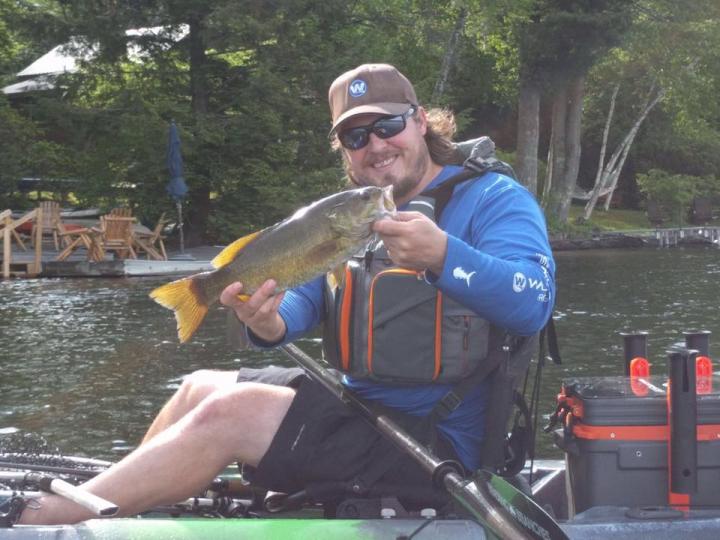 Spring Bass bite in the Northeast 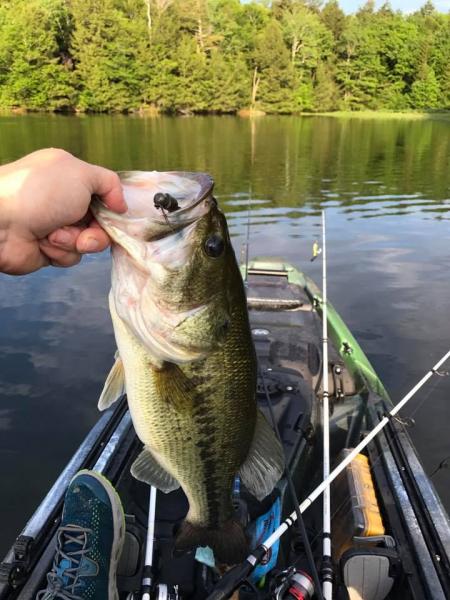 The ice has thawed, and it is time to chase green fish. In New England, it doesn't take long for sluggish bass to shift from winter patterns to into full-blown gorging mode. Anglers down east may have a head start on those of us further west, but the central and western parts of the state have some fantastic bass fishing. Here are three consistent producers when it comes to big spring bass.

Located near Belchetown, Quabbin Reservoir is the largest inland water body in Massachusetts, and with its limited access, it has become a smallmouth haven. Quabbin offers something for everyone in the spring - chunk rock, bluffs, shallow, deep points, and offshore structure. However, don't expect to find much (if any) vegetation. Regardless of where you focus your efforts, be prepared for ultra-clear water. Stick with natural colors and as light of line as you can get away with for a given technique. Until you get fish honed in, try throwing a jerkbait or crankbait over rocky points. If the fish seem inactive, you may need to move deeper and slow down with a drop shot setup, Ned rig, or shaky head. Also, although better known as a smallmouth fishery, Quabbin holds plenty of big largemouths too. Before you go, be sure to read all the rules and regulations for the lake. As of 2019, private canoes and kayaks cannot be launched in the reservoir, but paddle craft and other boats can be rented and used. It is unclear whether this regulation will remain in the future, but even in a rental, Quabbin is well worth the trip.

The Connecticut River is a major hydropower source in the western part of Massachusetts, and the bass that lurk there have plenty of their own power.  Because water is drawn for power generation, it is important to know the release schedule and avoid unsafe conditions. The river is unique and features ledges as deep as twenty feet or more, shallow rip rap, vegetation, wood, outflows, and a variety of traditional river features, such as pools, eddies, and current seams. The river often has a little stain to it, and even when running clear, it is tough to beat a moving bait with a splash of chartreuse. Spinnerbaits thrown in current seams can be deadly, medium running crankbaits will draw strikes, and jigs or crawfish imitations are great producers if you want to slow down a bit. Additionally, in the Bartons Cover section of the river, there are plenty of largemouth and smallmouth and extensive areas with lots of weeds and little current. This can be a great choice if the river level is high down river or you are unsure of the release schedule. In addition to being a safety consideration, releases will completely change the bite. In some sections, bites can be extremely tough to find when the power companies are pulling water, so look for large eddies and creek mouths where fish can get out of the main flow. The entire stretch of the Connecticut in MA can be productive, but the stretch from Sunderland to Holyoke is probably the most popular. The river is big and not overly technical, so pretty much any kayak can be effectively paddled on the river, so boats like the ATAK, Radar, and Tarpon are great options.

Onota Lake, which is located in Pittsfield, is a great choice for anglers in the Berkshires. This was a tough choice, as the Berkshire region is dotted with small lakes that offer phenomenal fishing, but Onota is extremely consistent. The lake may be best known for areas of deep boulder fields and points, as well as some huge weedy flats, but it has something for everyone. It can be a tough lake, and it often takes a few trips to start to develop a consistent pattern, but even if the bass aren't biting, the lake is home to many species that may end up on the hook. In the spring, I like to throw Texas-rigged crayfish imitators in rocky areas and around docks, lipless crankbaits on flats, and chatterbaits in other areas with baitfish around. These same patterns hold in many Berkshire lakes.