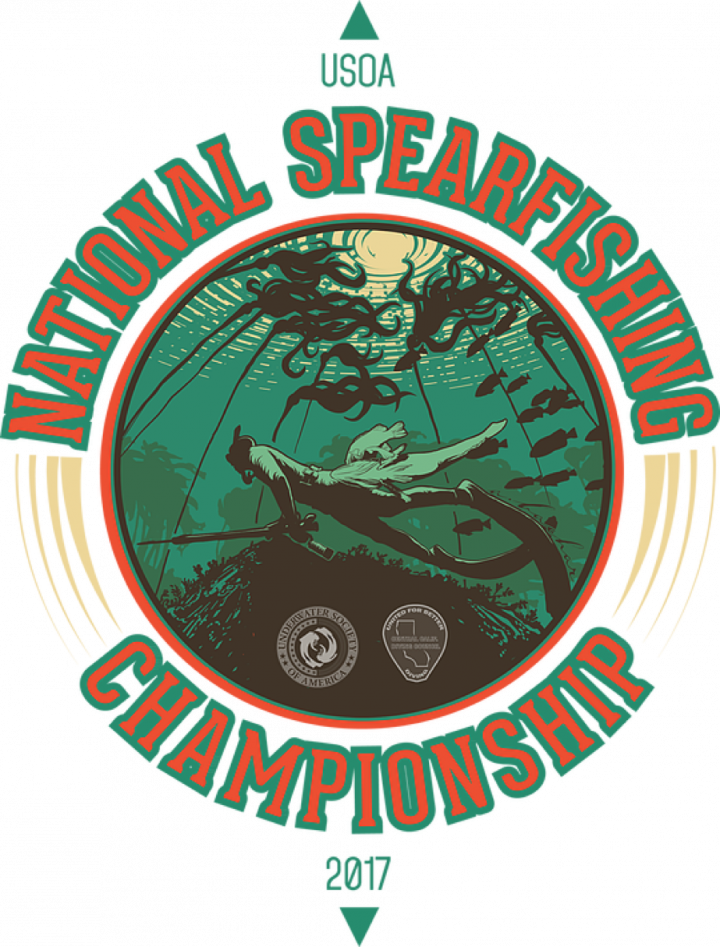 Once the Coast Guard gave us the horn to start - it was game on. I’ve never seen this many kayaks in the water paddling this fast 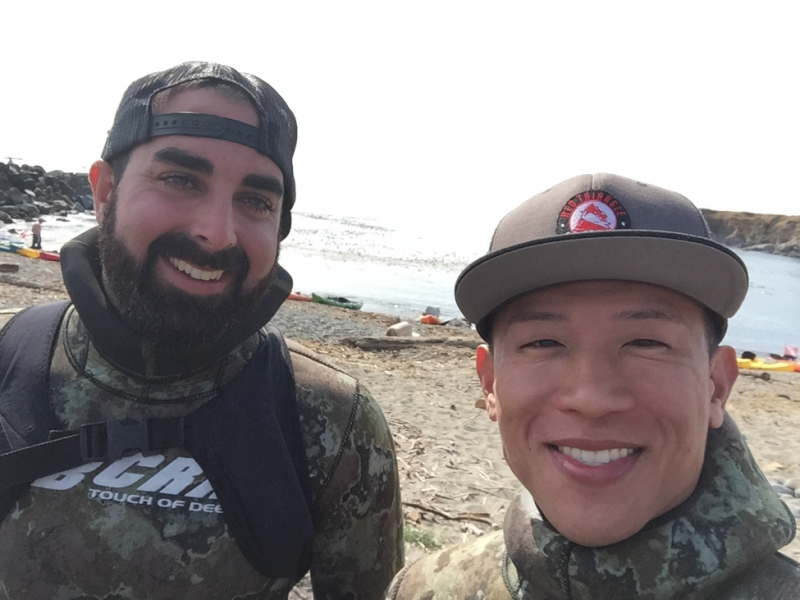 The Underwater Society of America (USOA) is the organization that oversees not only freediving/skindiving/spearfishing, but other underwater sports such as scuba diving, underwater hockey, underwater rugby, and fin swimming. Every year, the respective sports have their own set of competitions that allow you to qualify for a national competition. On the spearfishing side of things, there were a series of events that were held in 2016 that were qualifiers for USOA Spearfishing Nationals in August 2017. One of the competitions was the Pacific Coast Championship that’s usually held in San Simeon - winning team gets a spot to compete in the 2017 USOA Spearfishing Nationals. My team, the “Cold Water Killers” from Northern California did what we needed to do and won a spot for nationals the next year, and so the stoke began. 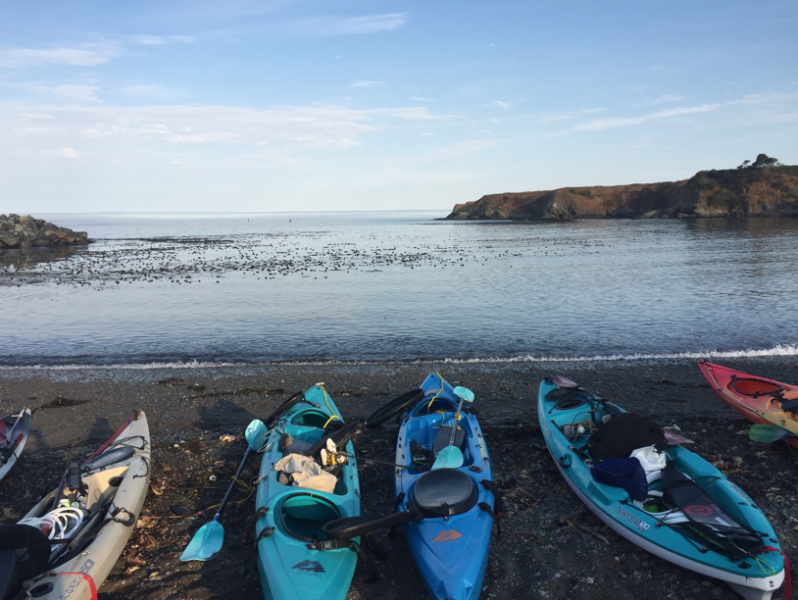 The comp allows you to scout all year round (kayak/boat/shoredive) to mark spots in the zones but after you’re within 30 days from the comp date, you’re not allowed to have spearguns in the zones. This was a hu

man powered kayak event - so when the weather allowed, we were diving in the Noyo Harbor area in Fort Bragg, CA. Not really known for having the calmest waters so my team and I weren’t able to scout as much as we wanted to but were able to get a few dives in the zone. When it came closer to crunch time, there were tons of competitors in the water at any given point. Everyone was looking for their honey holes to come back to on comp day and divers were determined. There are some strict rules to the comp that we have to follow or we could risk breaking DFW rules and that’s never a happy situation. Felt good going into the comp with a few days of prep under my belt.

The Cold Water Killers (Deke Jacobsen and Parviz Boostani) and I were pumped the morning of the comp. My Tarpon 120 Ultralite and I were ready to go after diving off it for the 4 months or so prior. Fellow Team WildyCA diver Kris Cortez and I had a talk about switching our boats from the Tarpon 160 to the much lighter 120 Ultralite so we showed up “twinning” at nationals with the exact boat setup. It’s the most convenient yak I’ve ever handled in and out of the water, I compared it to driving around a go-kart as opposed to the 160 being a full sized SUV. Love both those boats as they excel in their own specific situations/conditions. 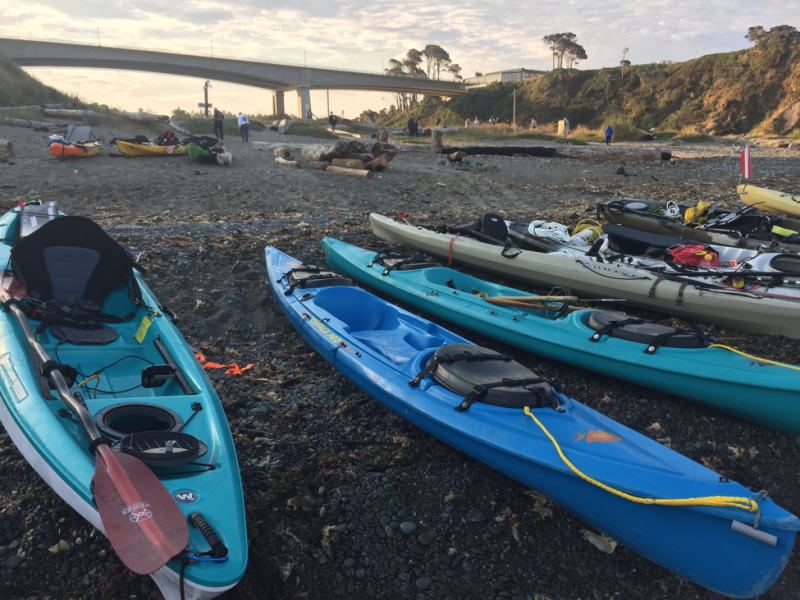 Looking at the water as I as getting my gear ready, I’ve never seen the water this calm before. With no white water or wind chop in sight. We got our kayaks wet and waited for the Coast Guard cutter boat’s horn to send us off. I’m not super familiar with fishing tournaments but this was a shotgun style start with a specific time we were allowed to jump in the water. If you got in the water earlier than the time specified, you were automatically disqualified. Once the Coast Guard gave us the horn to start - it was game on. I’ve never seen this many kayaks in the water paddling this fast - all different sizes, colors, lengths.

My team and I decided to paddle to one of the boundaries as we dove in those areas the weeks and months prior and had spots marked. Dove and 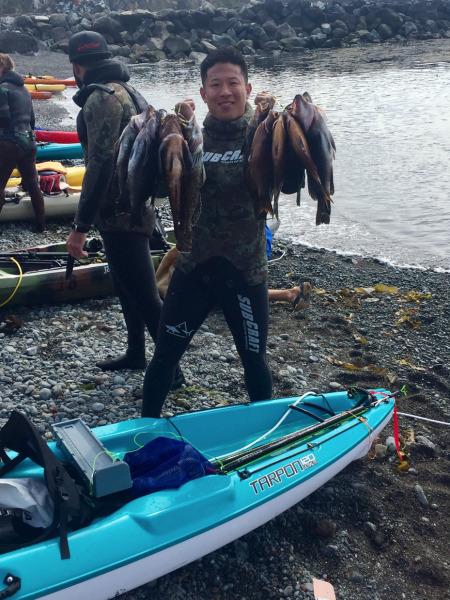 dove with not much luck on my end. Most of my time was spent waiting for the bigger game fish to show up or reveal themselves in a cave or crack. No luck on lingcod and/or cabezon so I shifted focus to the fish that were going to be worth points: assorted rockfish and perch. There’s a size minimum on the each fish entered in the end so I had to be extra selective with which fish I shot. From spot to spot, it was the same story...the fish I saw during scouting just weren’t there on comp day. All in all, the GPS had us padding about 5 miles total from spot to spot then back to the Noyo Harbor beach - not the longest day of paddling but the initial faster paced paddle I started with wore me out.

After counting my fish to ensure I wasn’t over the limit on any species and measuring to make sure the fish were tournament legal, I started the paddle back to the beach with my fellow competitors. Looking at the tank wells of the other kayaks, I saw some great stringers with bigger fish than I saw all day long! Sometimes that’s just the way the day goes - you have good days and some not so good days and that’s fishing for yah! 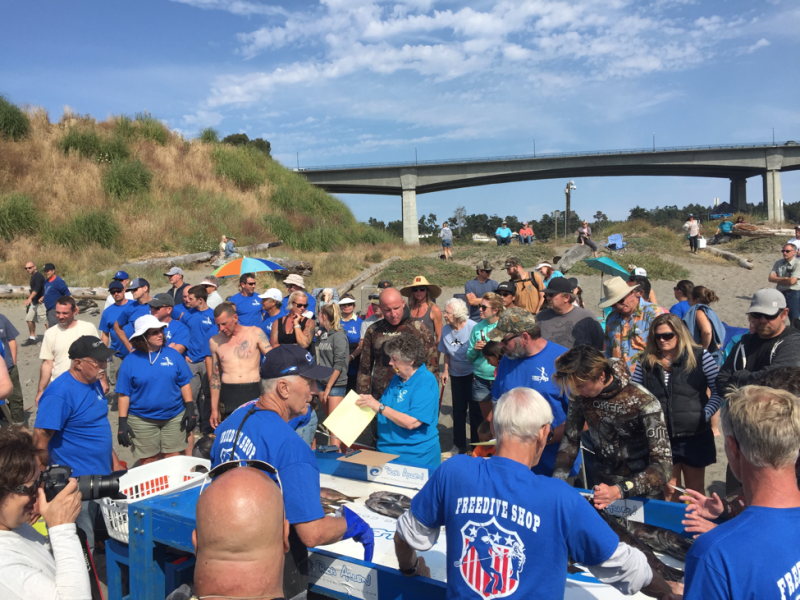 Once on the beach, we were greeted with a bunch of volunteers that took the fish from you as soon as you landed on the beach and placed them in a zip tied gunny sack. This was done to “keep everyone honest” while we prepped ourselves to weigh our respective stringers. At that point I knew that I didn’t have the most fish, but not the least amount of fish either =)

Tons of amazing stringers at the comp and I ended up around the middle of the pack of 40 competitors. The comp comes back to Noyo Harbor 3 years from now and I plan on doing a ton of things differently next time - much of that includes diving a lot more out of Noyo so my GPS has flags all along the coastline.

All in all - it was awesome representing my sponsors (Wilderness Systems, Red Triangle Spearfishing, Dark Waters), team (Cold Water Killers), and region (Northern California) in this year’s nationals and would do it again in a heartbeat. 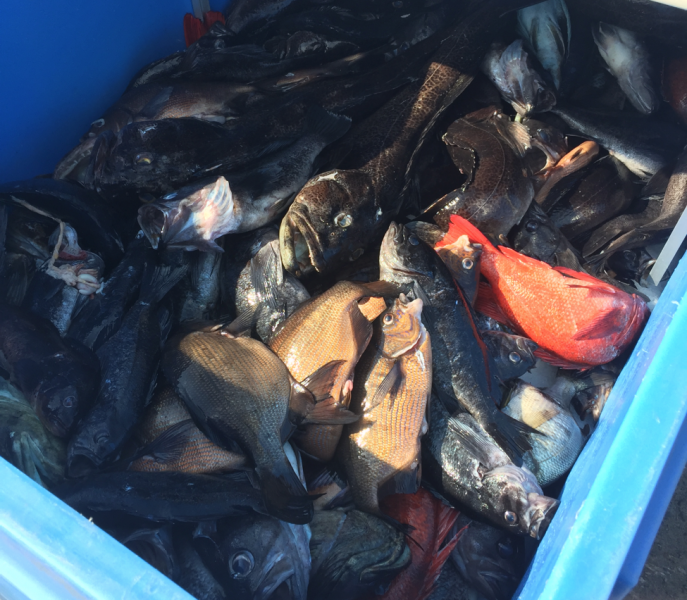 Fun fact: The tournament donated all of our fish to a local charity and my money’s on the fact that they had a gigantic cook off!