The Case for No Electronics 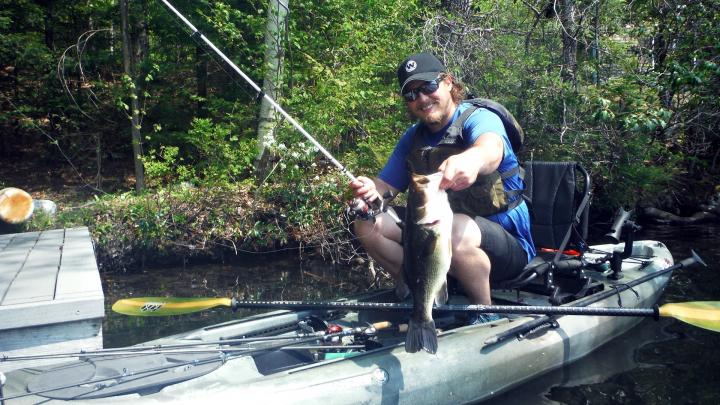 The Case for No Electronics
by Drew Haerer

The last time I had a fish finder mounted on my kayak was in March 2014. I was prefishing for the KBF Open (now the KBF National Championship) on the Santee Cooper chain in South Carolina. For those familiar with the lake, it is a relatively shallow fishery with tons of cover. After a day of using the unit, it sat in the back of the truck the rest of the trip. Above all, I realized I simply didn't need it. I had the Navionics app on my phone, a lake map with contour lines, and plenty of visual cues. Plus, the battery was a pain to deal with. Since then, fish finder "management" and accessories have come a long way, but because I typically find myself fishing flowing water and relatively small, shallow lakes here in New England, I still don't prioritize a fish finder. After all, I literally stare at a screen for a living as an editor/analyst; why would I want to do the same on the water? Of course, there are 2-3 trips a year when I regret not having one, but in the grand scheme of things, I really don't miss it, especially when flinging flies (just another thing to get line snagged on). In fact, even before the 2014 KBF Open, I only used a fish finder on about 30%-40% of my trips. Should you read this and immediately go sell your fish finder on eBay? Probably not. However, I am hoping this blog convinces you to leave it at home a little more often! 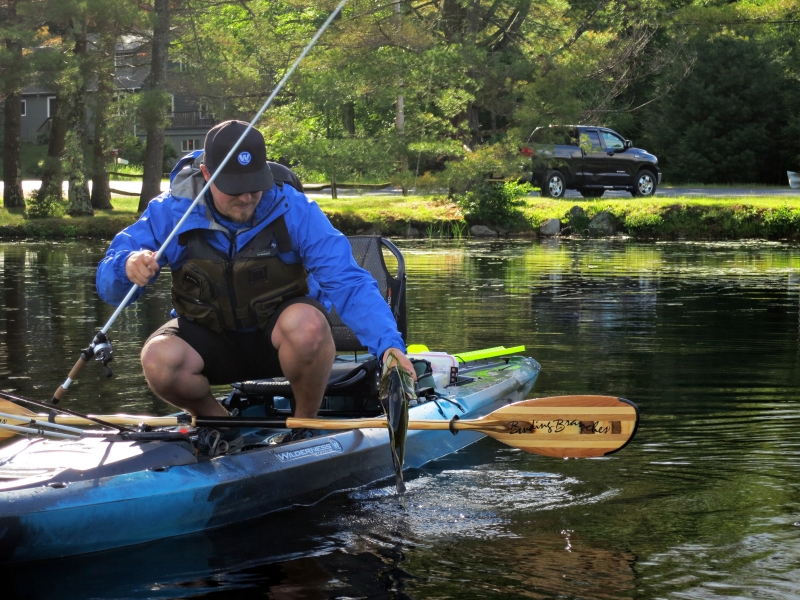 In recent history, the most bold case for no electronics was undoubtedly made by FLW pro John Cox. Cox, who placed 2nd in the 2015 FLW angler of the year standings and 6th last year, fishes with no electronics on the front of his boat. In addition, he often fishes out of an aluminum boat rather than a fancy fiberglass bass boat. His strategy is to keep it simple and fish to his strengths, regardless of how the lake is setting up for other anglers and locals. The following quote comes from an interview he did with FLW.com in 2015, and it rings particularly true for me personally: “I realized in that moment that I was trying to force something that was outside of my comfort zone. I don’t have the patience to grind it out on an offshore area, making hundreds of casts to the same ledge, hoping to outfish the other guys who found the same school. After a while, you lose confidence that you’re going to get bit. But when I’m tight to the bank, mentally I feel that any given cast can produce a strike." As Cox has experienced, there are times when that strategy can "get you whooped". However, I have found, it almost always lands me in or near the money and allows me to be consistent. 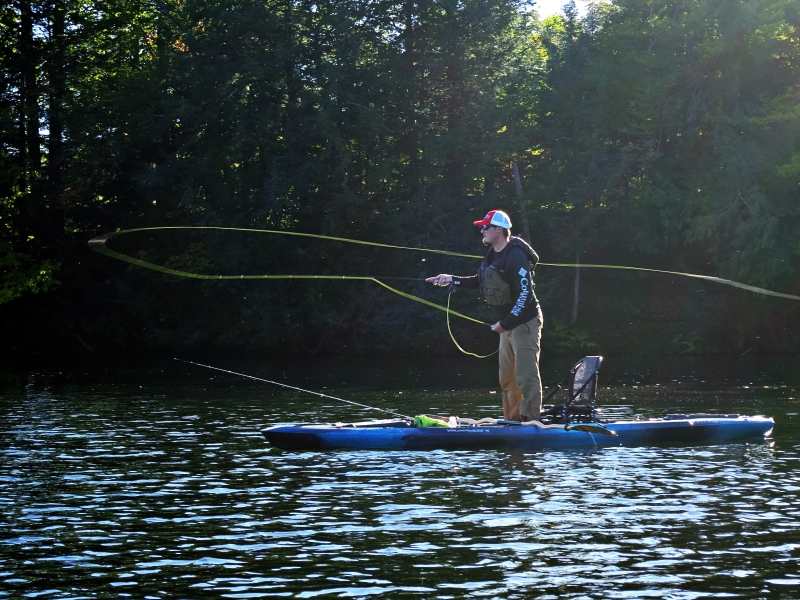 In reality, it boils down to confidence. I am most confident fishing in 10 feet of water or less and preferably around cover or structure of some sort. However, there are guys who are the opposite and prefer to go offshore looking for deep fish. I tip my hat to those guys, as they have more patience and perseverance than I do. For me, fishing shallow allows me to hone my instincts and understand shallow fish movement throughout the year, and trust me, if I have learned one thing, it is that big largemouth will move into shallow water very early in the spring. It may take a while for them to show up in waves, but they will be there, and as Cox notes in this article, you can almost always grind out five bites versus chasing fish around the lake all day. Can I go fish deep if needed? Yes, but it generally lands me in the zero or hero categories. 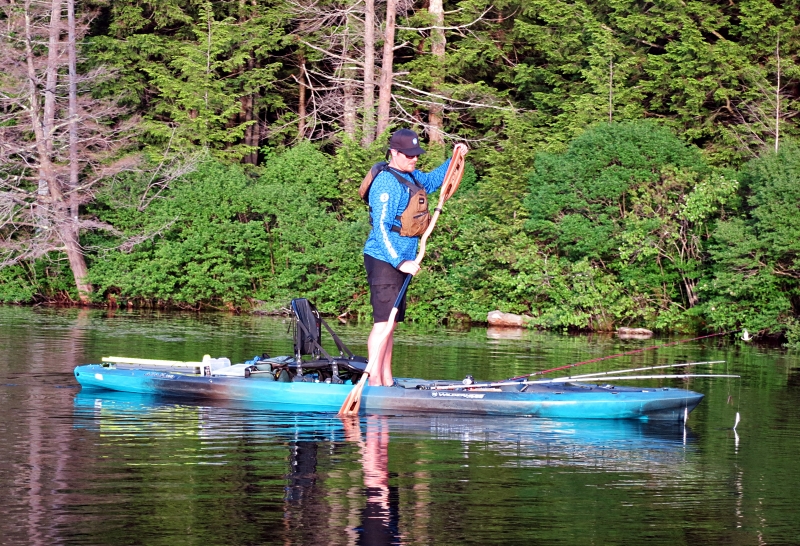 To me, every fishing trip is about learning, whether I am prepping for a tournament or simply out for a casual float on the local river. Although I think understanding electronics is important and certainly something every angler should learn (in fact, I would advocate for expanding your 'tool box' as much as possible), learning without that crutch is equally important. Leaving your electronics at home not only allows you to unplug from a battery-driven life but also forces you to focus on your instincts and surroundings. There is no worry about wires or power, it is pure, simple, fun fishing. Plus, it can improve your prep by forcing you to study aerial photos, lake maps, Navionics contours, and other tools. Need the exact depth? Drop a lure down to the bottom. Need the temperature? Carry a pocket thermometer. Solutions can still be simple...and cheap. After all, with the rapid growth in technology, your current fish finder is going to be relatively obsolete within 12 months anyway. 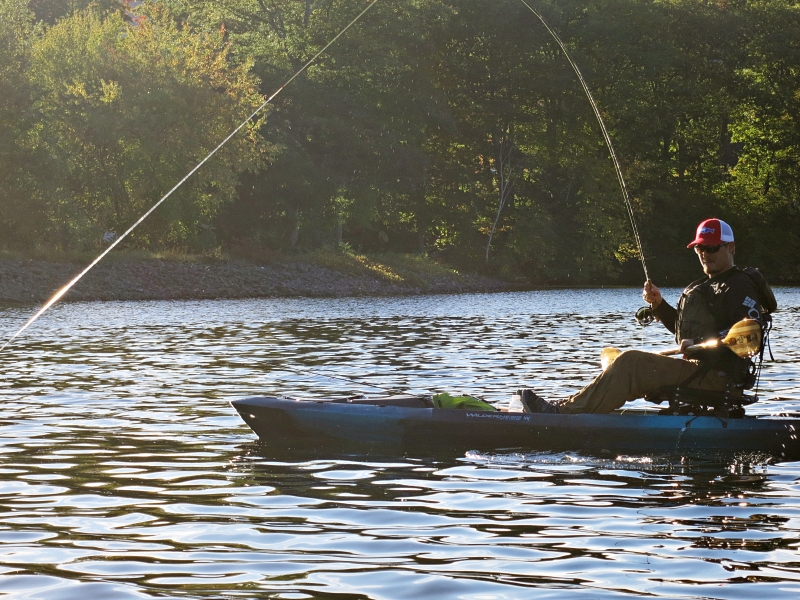 So, humor me. Leave your electronics at home the next time you launch your kayak. For most of us, and I do emphasize most, I suspect the number of fish we put in the boat won't change much. Now, tell me that didn't feel good! Tight lines!