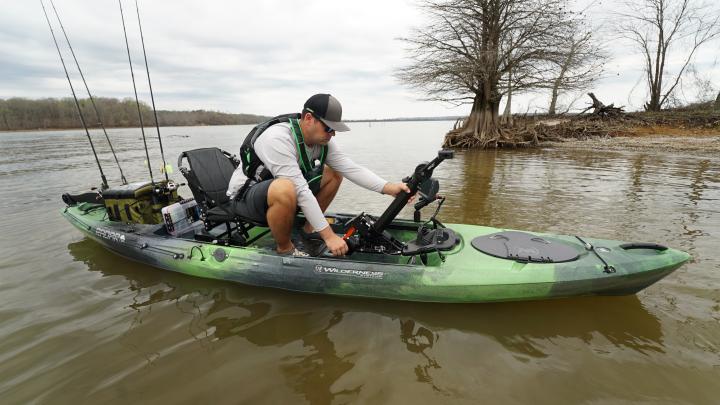 I ended up going with the Radar 135 based on length, width, and hull design. 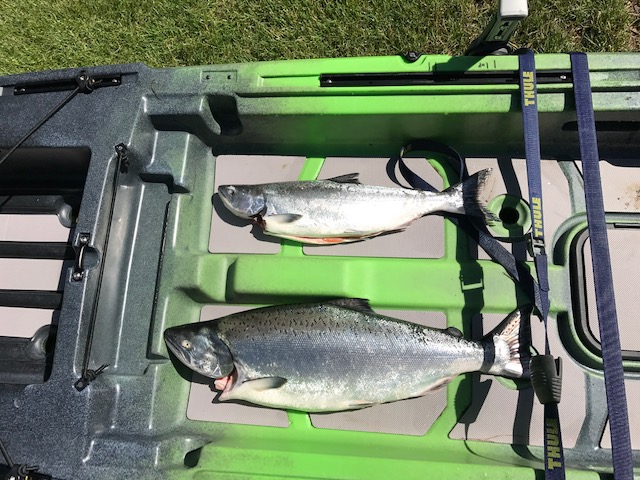 A year ago I was in the market for my first pedal drive kayak.  I was weighing my options from different manufacturers based on size, design, and features.  My primary purpose was going to be trolling for ocean salmon.  I ended up going with the Radar 135 based on length, width, and hull design.  I liked the layout and storage better than the competitors.  My previous kayaks were all paddle and most of my usage was and is freedive spearfishing.  I mention this because the Radar is a wide, stable platform that was a welcome change from narrower models.  Once I received the Radar it became apparent that I now had many more options for rigging and usage.  After I completed the very easy pedal drive install with rudder and lines I was onto installing a flush mount for a downrigger.  I put the flush mount on the starboard side opposite of my steering controls.  Next, I mounted my transducer to the bottom of my flexpod, set the battery inside and ran the wires out the top.  I use a ball mount and arm system in the trax in front of the downrigger.   For the rod holder I use a screw ball that threads into the trax bolt on the AirPro Max seat.  I installed flush mount rod holders behind the seat for the times I didn’t want to bring a crate.  That was my 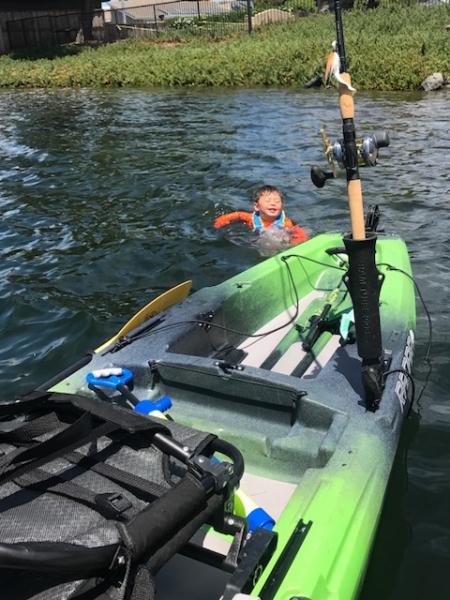 initial salmon trolling setup and what I thought I would only use the boat for but I was wrong.  Over time I realized that the Radar was a terrific all around kayak.  It is very easy to set up for whatever activity you are taking part in.  The pedal drive is smooth and easy to use.  I have had the seat in the high and low position in the ocean with no stability problems.  The Radar paddles well also.  This was important for me because I often find myself launching through surf, going across shallow, rocky bottom, or tying up or anchoring in kelp beds.  All of this is very difficult to do with any pedal drive but it has been a non issue because of how well this boat paddles.  The storage is great as well.  When I am diving off it I can fit my fins, guns, and anchor in the large bow hatch and put my mask, gloves, and light in the center hatch when I use the hatch insert.  With the seat in the high position I have plenty of room under it to store gear as well as a huge amount of space in the tankwell.  The Radar is a great family kayak as well for recreationally pedaling around with the family at the lake.  I have had my son out with me several times.  The ability to pedal makes a huge difference when the wind comes up and you have a long paddle against the wind.  The Radar is a large stable recreational platform but it is not unmanageable.  I transport mine on a traditional rack on top of my truck.  I use wheels to get it to the water once its off the truck and size and weight has never been an issue.  In general I have been very happy with the performance of my Radar and pleasantly surprised by how versatile it really is.  This kayak really can go anywhere and do anything.