Read the breakdown on how it all happens at one of the premier California offshore kayak fishing tournaments.

Slammin’ it Down
By: Eric Tebbets 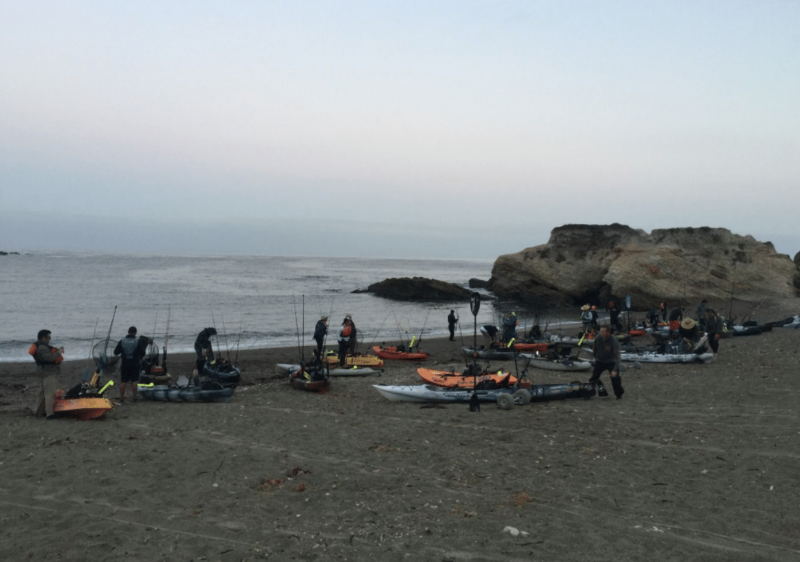 Originally known as the Cambria Slam Down tournament, for the past couple of years it has been called the Central Coast Slam Down or simply, the Slam Down. The Slam Down was not the first kayak tournament in California but it is the one of the original kayak fishing tournaments on California’s Central Coast and remains one of the State's premier events. On Saturday September 16, the 6th Annual tournament took place in benefit of the Central Coast Autism Spectrum Center. Myself along with fellow Wildy pro staffer, Andy O’Brien again geared up to compete against some of the best saltwater kayak anglers on the west coast.

We fish this tournament every year and always look forward to it along with many of our local kayak fishing brothers and sisters. The tournament pulls in anglers from all over the state from north and south and this year was no exception with approximately 80 anglers competing. Normally in mid-September our local offshore waters are calm and the fishing is incredible. But, as luck would have it, on the Tuesday before the event we experienced unseasonable thunderstorms with periods of heavy rain. The winds and runoff from the storms turned the clear summer waters murky, like chocolate milk. To make matters worse a red tide developed later that same week compounding the already poor clarity. 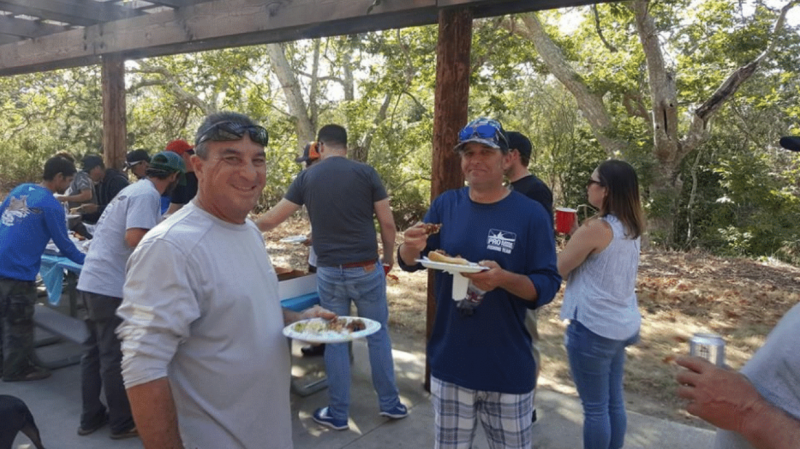 On the Friday before the competition I received a message from Andy, saying that it looked like the red tide was still impacting the nearshore waters. Not good news since generally a red tide shuts down the bite or at least slows it down considerably. Combined with the storm runoff we

knew fishing was going to be tough. With that in mind we made sure to stock our tackle with some light colored and flashy offerings in the hope of enticing a bite in the cloudy water. Later that day we arrived at El Chorro Regional Park for the Captain’s meeting. The park is located 8 miles inland from Morro Bay on Highway 1, about halfway to San Luis Obispo, CA and is the site of the Slam Down’s camping and festivities. Ryan Howell, the founder and director of the tournament, kicked off the Captain’s meeting by handing out the Captain’s bags and clothing, then going over the rules, scoring, safety, and answering any questions for the uninitiated. The tournament is a multi-species saltwater tournament with anglers earning points based on the species and length of the fish. Anglers are allowed to score their top three fish. After the meeting, the anglers retreated to their campsites to finalize any last minute preparations and to discuss strategies, tell fishing stories, and to reconnect with old friends. 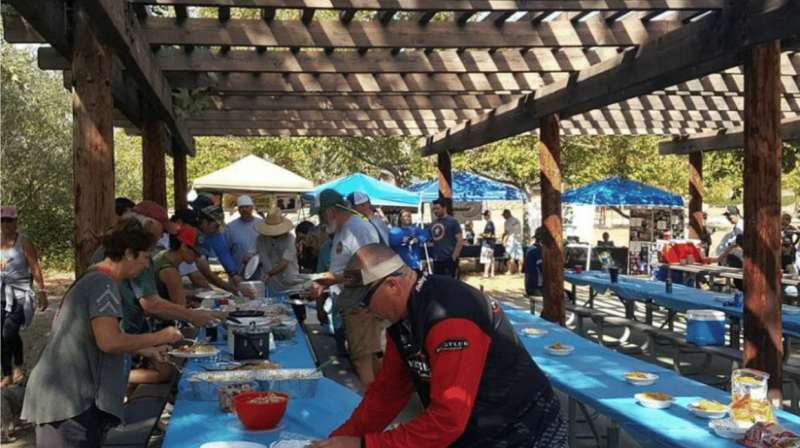 The set launch time for the Slam Down was 6:45 am which meant that many anglers arrived at their prefered launch locations a couple of hours before to secure parking and get their gear and kayaks rigged. The Slam Down allows anglers to fish from multiple approved locations along the coastline, with the overall boundaries being the San Luis Obispo County limits to the north and south. At 5:30, I arrived at the Spooner’s Cove parking lot to find it filling up quickly and after making the rounds saying “hi” to the local anglers I too began to get setup and get my Radar 135 staged at the shore, ready to launch. At 6:45 Andy and I hit the water and began the trek to deeper water where we hoped to find more clarity and some fish. 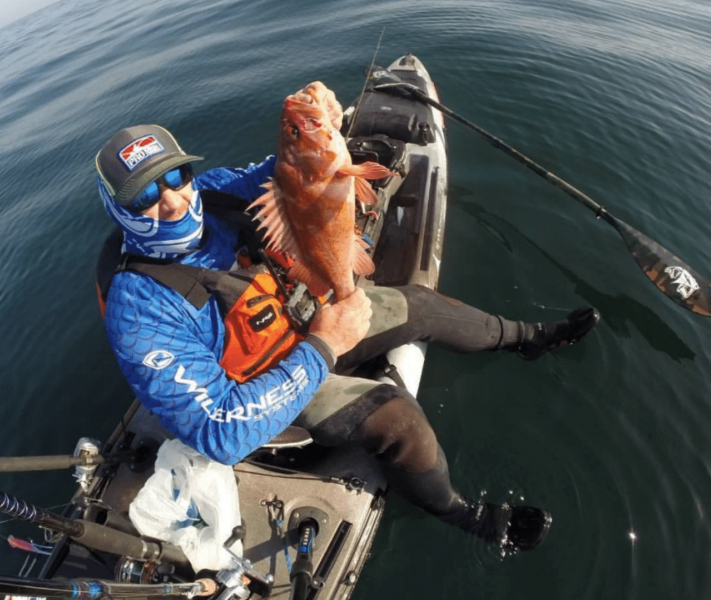 We made our way a couple of miles offshore and into deep water, around 200’ deep, where we did find clear, calm water and the chance to land some big fish. I rotated through my gear going from heavy jigs to swimbaits on heavy leadheads to get to the bottom at that depth. I had the best luck with the Felton Lures jigs and Candy Bar 7” swimbaits, landing 26” and 29” lings respectively. We also got into the usual assorted rockfish of blues, starry’s, and coppers but nothing of any real size. Knowing that the clock was ticking and that we needed to secure a couple more species we decided to head in shallower and flirt with the red tide. On the way in closer to shore we stopped and explored any interesting marks on our finders. One such stop gave Andy the rockfish he was looking for when he landed a nice copper rockfish.

The bite in the more shallow water of less than 100’ proved to be tough, with only some small rockfish being landed by us. After tossing everything in our arsenal, the cabezons and greenlings we were looking for to round out our slams never materialized and I was left with a respectable 29” ling but only a 12” blue rockfish and no third species. Amazingly, Andy was able to catch a surf perch on his way to shore, giving him his third species and for the moment landing him in third place on the iAngler Tournament App. 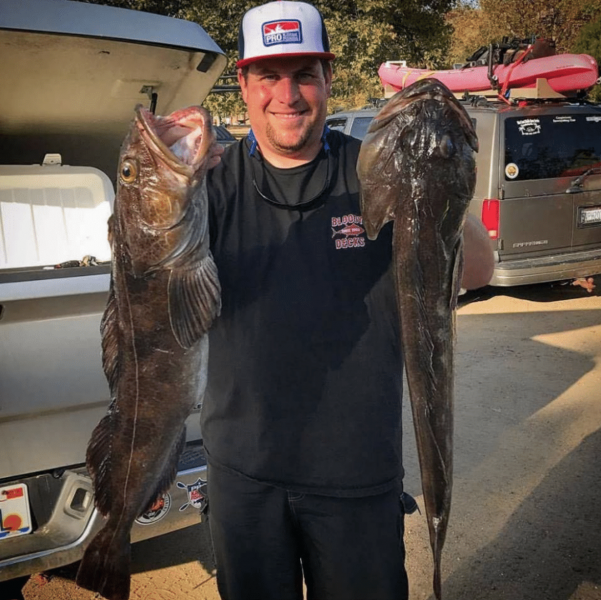 Arriving back at the park for the weigh-in we learned that most anglers had suffered through the same slow bite that we had, but in spite of that, some very nice fish had been landed. We also learned that some paper score cards had been turned in with photo backup, in lieu of the app. But, did any of those score cards hold more points than Andy’s? After enjoying some excellent food from the event potluck and watching some lucky folks walk away with some great gear from the fundraiser raffle it was time for the awards.

In the end it was local boy Dan Fleming who walked away with the win, with Russell Villers taking 2nd, and our friend Anthony Brackett taking home 3rd. Congratulations to the winners and congratulations to my good buddy and teammate, Andy O’Brien, on his well fought and well deserved, 6th place. Congratulations brother!

As for me I never found that third species and finished back in the pack in 26th. Irregardless of finish it’s always fun to meet up with friends, old, and new and enjoy fishing together and swapping stories. That’s what fishing these tournaments is all about in the end and what makes them all the more fun. If you have the chance, get involved with your local kayak fishing club or group and make some memories! 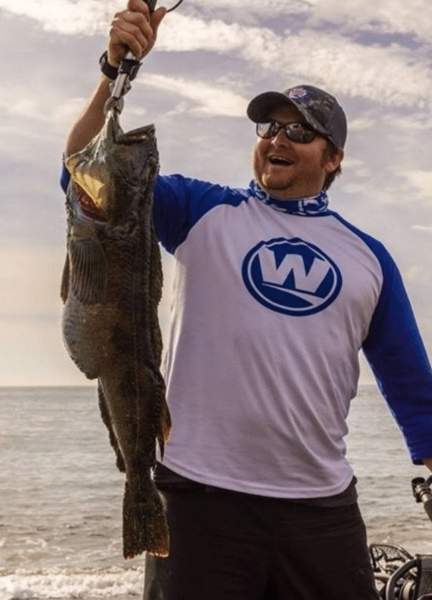